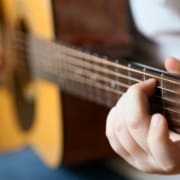 Whether it’s shredding chords or finger-picking, there’s something mesmerizing about the guitar. And yet our children—sweet angels that they are—somehow manage to resist learning how to play it. Whether your kid is practice intolerant or you want to urge your musically curious child in a guitar-oriented direction, these tips for motivating your child to learn the guitar are for you.

END_OF_DOCUMENT_TOKEN_TO_BE_REPLACED 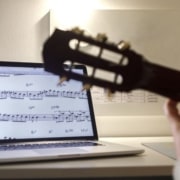 Those of us who have had kids in school during the pandemic may have a mixed relationship with the idea of technology and education. We all appreciate how it makes learning possible, even without a physical campus. At the same time, all those little notification dings will probably haunt our nightmares for life.

END_OF_DOCUMENT_TOKEN_TO_BE_REPLACED 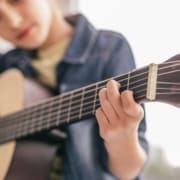 If you were to visit every country in the world, you would find a lot of differences. From culture to culture, we have different languages, foods, and value systems. But if there’s one thing that we can all share, it’s a love of creating music.

END_OF_DOCUMENT_TOKEN_TO_BE_REPLACED 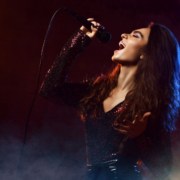 Whoever said, “You can’t teach an old dog new tricks,” was woefully small-minded. For one thing, it’s totally possible to teach old dogs tricks, to roll over, or play dead. Secondly, the expression ignores all the people who made it later in life. Vera Wang’s first line didn’t come out until she was 40. Alan Rickman was 42 when he first graced the silver screen in Die Hard. The same is true in the world of music.

As much as the kid and teen musicians of YouTube charm the socks off us, we want to give it up for some of the inspiring singers and musicians that made it later in life.

Unless you’re one of the rad few who follows the opera scene, chances are you don’t know very many names in opera. But even if you don’t know Puccini from Gilbert and Sullivan, you’ve likely heard of opera tenor Andrea Bocelli.

Bocelli’s small-time career of singing in bars exploded after his stirring rendition of “Miserere” in the 44th Annual Sanremo Music Festival in 1994 at age 36. Since then, Bocelli has sold 90 million albums worldwide, including his Academy and Grammy award-winning hit “The Prayer.”

Sheryl Crow was also no stranger to music when she finally made it big. Her first career was as an elementary school music teacher while recording advertising jingles. She went on to sing back up for other musicians, from Michael Jackson to Sting.

But it wasn’t until the 1993 album Tuesday Night Music Club with the group of the same name that she received individual acclaim at age 32. Now, she’s won multiple Grammys and American Music Awards. The lesson here: respect your elementary music teachers.

The song “Hallelujah” has been covered hundreds of times, appeared on the soundtracks of everything from The West Wing to Shrek, and has been used to help drum up support for a plethora of world disasters. So, it’s a little surprising that the person who composed it didn’t start his career as a musician.

Although Leonard Cohen was involved in music from a young age, his focus was initially on writing poetry. But when his poetry career didn’t take off, he started setting his beautiful words to music. And in 1967—when Cohen was 33—he released his debut album “Songs of Leonard Cohen,” and the rest is history.

Anyone who was around in 2009 has to remember seeing the video of sweet, unassuming Susan Boyle walking onto the stage of Britain’s Got Talent and blowing everyone’s mind with her soulful rendition of Les Misérables’ “I Dreamed a Dream.”

After America’s Got Talent, her debut album became one of the fastest-selling albums of all time in the UK, solidifying her place as one of the more popular singers who made it later in life.

It’s never too late to chase your dream. And whether you’re a puppy or an old dog, our Portland singing lessons will teach you some new musical tricks to help you reach your goals. 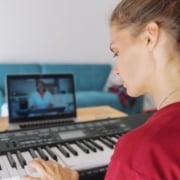 When we send our kids back to school, we load them up with a towering pile of supplies— three binders, five notebooks, two dozen pens and pencils, and a box of markers that will dry out in a week. Because of that, we get excited when kids start online lessons, thinking we can take the day off from supply shopping.

END_OF_DOCUMENT_TOKEN_TO_BE_REPLACED 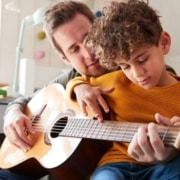 As a parent, it’s only natural to daydream about who a child will be before they’re born. And if you’re a music lover, it’s natural to hope they’ll follow in your musical footsteps. But here’s the frustrating thing about kids: they’re human beings. That means they have these things called “their own interests” that we should “respect.”

Even so, there are still plenty of ways to encourage music interest in your children while still supporting them in their own opinions. Here’s how.

END_OF_DOCUMENT_TOKEN_TO_BE_REPLACED 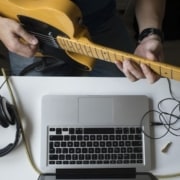 We all learned things from the madness that was 2020—mostly how many Netflix episodes we could binge in a day or how many times we could wear the same sweatpants before they got gross. But if there’s one thing we all learned, it was how to meet up online effectively. That included music teachers and students.

As we transition back to normal, it pays to carry those lessons with us. That includes knowing how to make the most of your online music lessons. END_OF_DOCUMENT_TOKEN_TO_BE_REPLACED 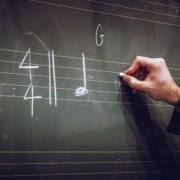 Music theory—at the mention of these four little syllables, countless musicians go running for cover. We get it. Music is art, and art is self-expression. When you start mixing words like “theory” in, it suspiciously sounds like we’re trying to tell you how to express yourself. But art theory isn’t nearly as scary as it sounds. We’re going to tell you why and throw in a couple of music theory tips for learning scales and chords too.
END_OF_DOCUMENT_TOKEN_TO_BE_REPLACED 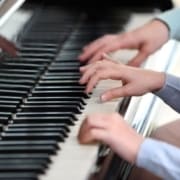 Author Hans Christian Andersen once said, “Where words fail, music speaks.” Along with raising some interesting questions about the whole mute plot of The Little Mermaid, these words move us because they’re so true. And if music is a language, genres are the different dialects. For the aspiring pianist wanting to learn to speak the language of music, it’s helpful to know all the best music genres for learning piano.

END_OF_DOCUMENT_TOKEN_TO_BE_REPLACED

We all love watching a child fall in love with music. Their favorite singers croon, a guitarist deftly plucks their strings, and soon, your child is on fire to be just like them. That is, until they finish their first lesson and you tell them they have to keep finding the motivation to practice music. It’s a long hard road to becoming a musical sensation, but with these effective ways to motivate your child to practice music, you’ll help them on the path to musical greatness.